Alex R. Hernandez Jr. is a Victoria Texas criminal defense attorney who has handled hundreds of misdemeanors, felonies and federal cases in the Victoria Texas Crossroads area. His name is recognizable and defense is unmatchable. Often making the Victoria headlines, Mr. Hernandez can handle your Victoria or surrounding county’s case including Calhoun (his hometown), Dewitt, Goliad, Jackson (where he has gone up against former DA and now Judge Bobby Bell), and Refugio Counties.

Misdemeanors, though they may seem minor, can be bumped up to felony charges if you have a criminal record. An experienced defense attorney will work to reduce the charges brought against you or even work to have them dropped if the judge is not convinced beyond a reasonable doubt of a crime. Examples of misdemeanors can include assault, DWI or DUI, evading arrest, theft, trespassing, and possession of marijuana.

Felonies are more serious offenses and can result in anything from a few months to life in prison. Examples of felonies can include murder, manslaughter, animal cruelty, arson, burglary, tax evasion, vandalism, perjury, treason, violating parole, and threatening an official. If weapons are used in a felony, it is possible that the charge will be more severe. If you are charged with a felony crime, you need a felony lawyer who is experienced in handling such cases to represent you for the best possible outcome. Alex R. Hernandez Jr. has the knowledge and experience to represent your felony case in court. While a lawyer may not always be able to have criminal charges dropped, it is possible they can work to reduce the charges and campaign for a lighter sentence.

Here at Alex R. Hernandez Jr. Business Law, we focus heavily on white collar crime including bribery, abuse of official capacity, computer hacking, fraud, embezzlement, forgery, money laundering, and other non-violent white collar crimes. This type of crime is very different from other felonies and choosing a white collar attorney who has vast experience in this specific type of defense is key to attaining a more favorable outcome.

Because the federal and state criminal systems work very differently, your Victoria criminal defense attorney should be well versed in both of these areas. Your chances of dropped charges or reduced sentencing are only as good as your lawyer’s knowledge of federal and state law and criminal proceedings. There are a number of steps between an arrest and a sentencing, and having a criminal defense attorney by your side every step of the way can ensure your best opportunity for a favorable outcome.

Federal cases often move more slowly than state cases. Defendants are often questioned by law enforcement to collect evidence against them, even when there is little evidence to show. If you are contacted by federal authorities or think that you may be, immediately contacting a federal criminal defense attorney can ensure you have professional and experienced legal assistance on your side from step one who can be there at interviews if need be.

Being charged with a federal crime can have serious consequences that can follow you for life. We have experience in successfully defending those who have been charged with white collar crimes, drug crimes, and more.

He has helped with constitutional matters including illegal search and seizure cases, such as:

Judge rules cocaine from search of car can’t be used

To his input on DWI Cases and the pending caseloads 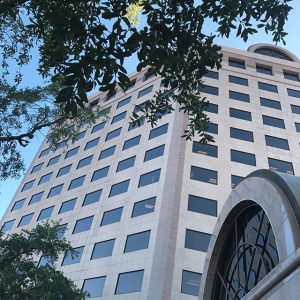