If you’re an immigrant to the United States and under investigation for federal immigration crimes then you need a good lawyer who can help you maintain your status as a lawful resident in the country. 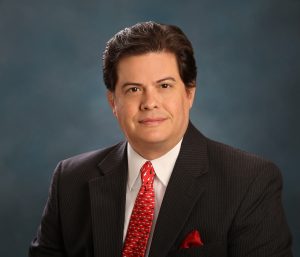 Alex R. Hernandez Jr. has the experience in navigating the many laws, statutes, and regulations that govern immigration in the U.S.  Often, even a minor immigration offense can become a serious impediment in the renewal of a green card.

If you or a loved one has been detained but think that you have a legal right to be in the United States you need an attorney who can handle this situation for you and post bond and set the matter in front of the Immigration Courts.  Now with the new President Trump overseeing immigration matters this becomes an issue of national importance to prevent you from being wrongfully deported.

The Immigration and Nationality Act authorizes the detention and deportation of a lawful permanent resident for a number of reasons.

These include a crime at the port of entry, aggravated felony for immigration purposes, serving on a federal or state jury, registering to vote, etc. Crimes of moral turpitude, such as those concerning drug abuse, thievery, assault, and burglary, are serious criminal offenses and if you are facing arrest for such a crime, you need to quickly ascertain the consequences on your immigration status. Previous convictions and pleas can hurt your case. An older conviction can mean that a simple misdemeanor will be treated as a felony, and can serve as grounds for initiating removal proceedings.

Alex R. Hernandez Jr. PLLC represents their clients aggressively; we understand their anxiety about the outcome of the legal proceedings. Our experience helps us to extend sound consul and enables us to analyze a situation from all angles. Call our law offices today.

Alex R. Hernandez Jr. is a member of the American Immigration Lawyers Association.